There’s nothing like a list of problems to get us interested at Operandi. Some of which most people don’t realise they have, and often as not we just get on with it and deal with them as part of the work. Every few projects we get something that really stretches the grey matter, and a little common sense and smart thinking finds a way. 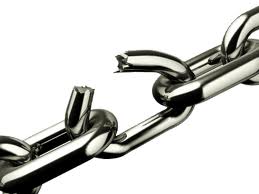 It can’t be that difficult!’ Mmm, you’d think, wouldn’t you, but with so many people using so many versions of Word, or any of the Office applications, there are some great issues right there. With most designers using the Mac versions, and most corporates using the Windows versions, there are all sorts of issues somewhere in the middle when using any two versions, from what graphic format is best, to mixing the right colour. Dare I say, quality is what we are aiming for, so when we assess a project we are looking to produce the best job we can, with the best quality graphics and the best end user experience.

Recently, we were commissioned to develop a newsletter template that would be used to promote four specific areas of the clients’s research work and services. The brief outline called for four separate templates, but it didn’t take much thinking to see that all four were the same design and layout, but only really used four colours to differentiate each one. The colour change affected a number of type styles, the main cover banner and continuation headers and footers, among other things. The problem with this approach is based on how the end user is going to pick which one to use, which we discussed with them. For instance, if they chose the red one, but it should have been the green one, they then have to copy everything out into the new document, and this can lead to Word combining more than one colour into the final document. Instead, we suggested they have just one template, but choose the colour when they create the document. [We could even program it to change whole parts of the document, if the design was slightly different.] We also gave them the opportunity to change this colour whenever suited them, at any point in the document’s production. After delivering the template, we were pleased to hear a few weeks later that they now rely on this new feature to produce the newsletters. It’s incredibly easy, and no workarounds required.