Anyone who has produced a document in Word, or designed a new corporate brand, has come across the terminal experience of usable fonts. There are three leading operating systems in the world:

Any public document needs to work on each of these, at the very least. According to the latest figures [2016], Windows covers around 85% of those computers, MacOS is about 10% and Linux is around 2%. Which leaves the remaining few per cent using ChromeOS and some very niche market solutions. In terms of smartphones, which millions of people now access their documents on, this is predominantly iOS and Android in the leading positions.

As developers of branded templates and documents, we experience the compromises that come with this situation in almost every project. We receive a fabulous design from our agency clients, only to have to advise on the prospect of replacing the carefully chosen font with one with less gravitas, and certainly less sexy. In reality, there are only seven truely usable fonts across these platforms: 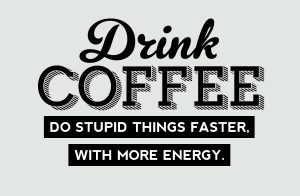 Of the nearly 80 fonts installed by default on Windows with Microsoft Office, only these seven are equally available on the Mac and Linux. Implementing a new brand system on Linux is probably unlikely a big asking point, so, we’ll concentrate on Windows and Mac.

There are all these fonts!
A range of fonts are installed with the software you buy and install. Microsoft Office installs a catalogue of fonts, but it also de-installs some from time to time, which doesn’t make it easy. For instance, a number of fonts were de-installed between Office 2010 and 2013, and this is likely due to font license agreements. Many web designers refers to a wider list of so called ‘Web safe’ fonts, but this is based on ‘probably’ available, not ‘definitely’ available, which leaves a lot to be desired for those designers who crave typographic heaven. The answer is to use custom fonts, but this sets up a portability issue, where the comms or marketing team have the fonts installed, but nobody on the outside of the business has them. Send a PDF!, I hear you say, and you would be right a lot of the time. Not ideal though.

Our idea is to pole Apple and Microsoft to ask them to install a number of license free fonts. We could start with six, maybe in collaboration with the Google fonts library. They could cover the most likely requirements, like three serif and three san serif designs. Any suggestions?